An Ingress is a Kubernetes object which tells the cluster how to send external traffic to a particular Service. 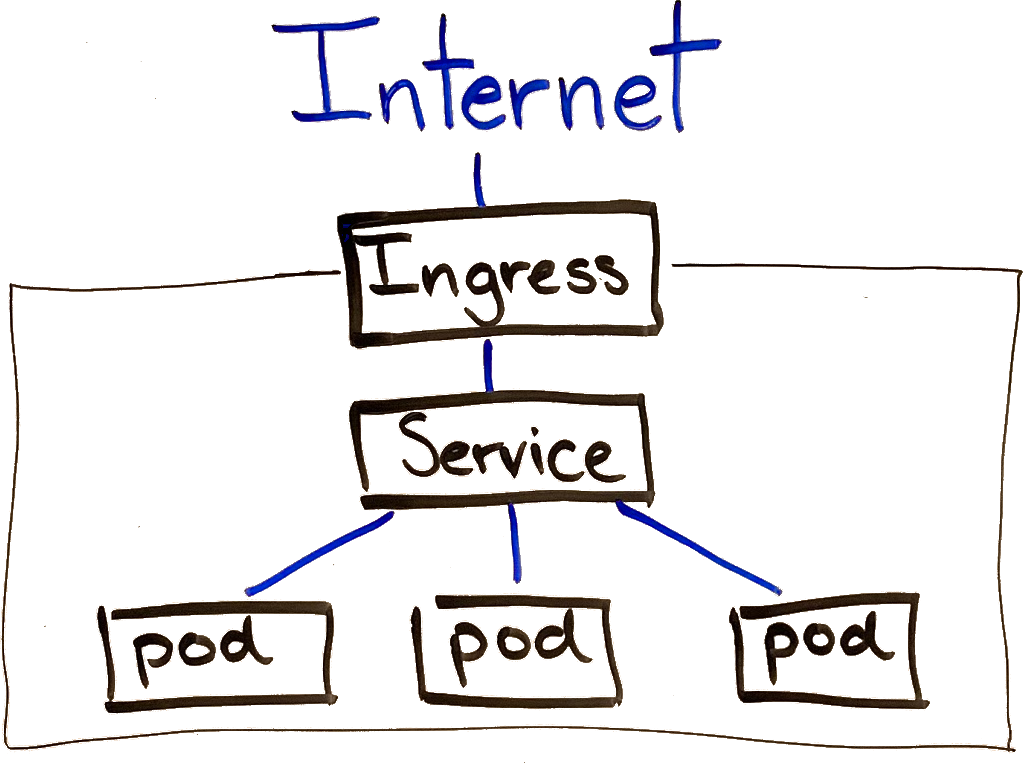 An Ingress can serve either TCP or HTTP traffic. For HTTP services, it typically includes three pieces of information:

KubeSail enables the vanilla Kubernetes API, so most guides for creating an Ingress should work. The KubeSail dashboard also helps you create an Ingress. Click on the Ports section of any deployment and choose Expose to Internet.

Certificates use the cert-manager project to automatically issue free certificates from Let's Encrypt. Because KubeSail uses the NGINX Ingress Controller, creating an Ingress object in your namespace also automatically creates a Certificate object and associated Secret if they don't already exist.

Here is a basic Ingress object which creates a web-accessible site using your free *.kubesail.io domain:

Check your Certificates with kubectl get certificates. This certificate will automatically be used and HTTPS should "just work".

When you expose your running containers under your own hostname, you'll need to further define the HTTPS certificate is valid for which hosts.